OceanEnvi in PRE and HK

Hong Kong (HK) is surrounded by marine waters to which its overall environmental sustainability is intimately linked. HK waters are influenced by waters from the Pearl River Estuary (PRE) to the west, Mirs Bay to the east and the continental shelf off HK to the south. The PRE is an estuary linked to the Pearl River and has an average annual discharge rate of ~10,000 m3 s-1. Mirs Bay is a coastal bay whose southern entrance connects to the continental shelf in the northern South China Sea. Together the waters from these areas form the interactive river-estuary-shelf (RES) coastal waters. 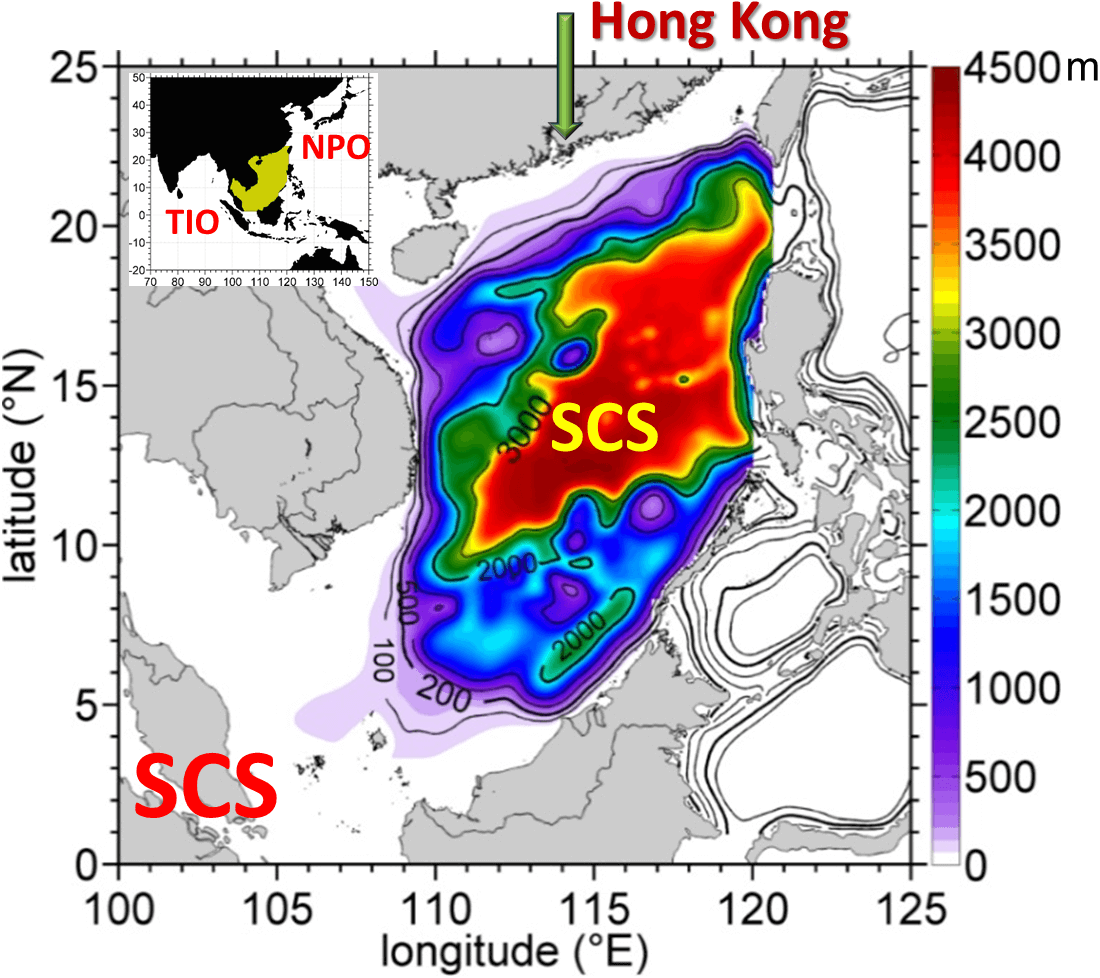 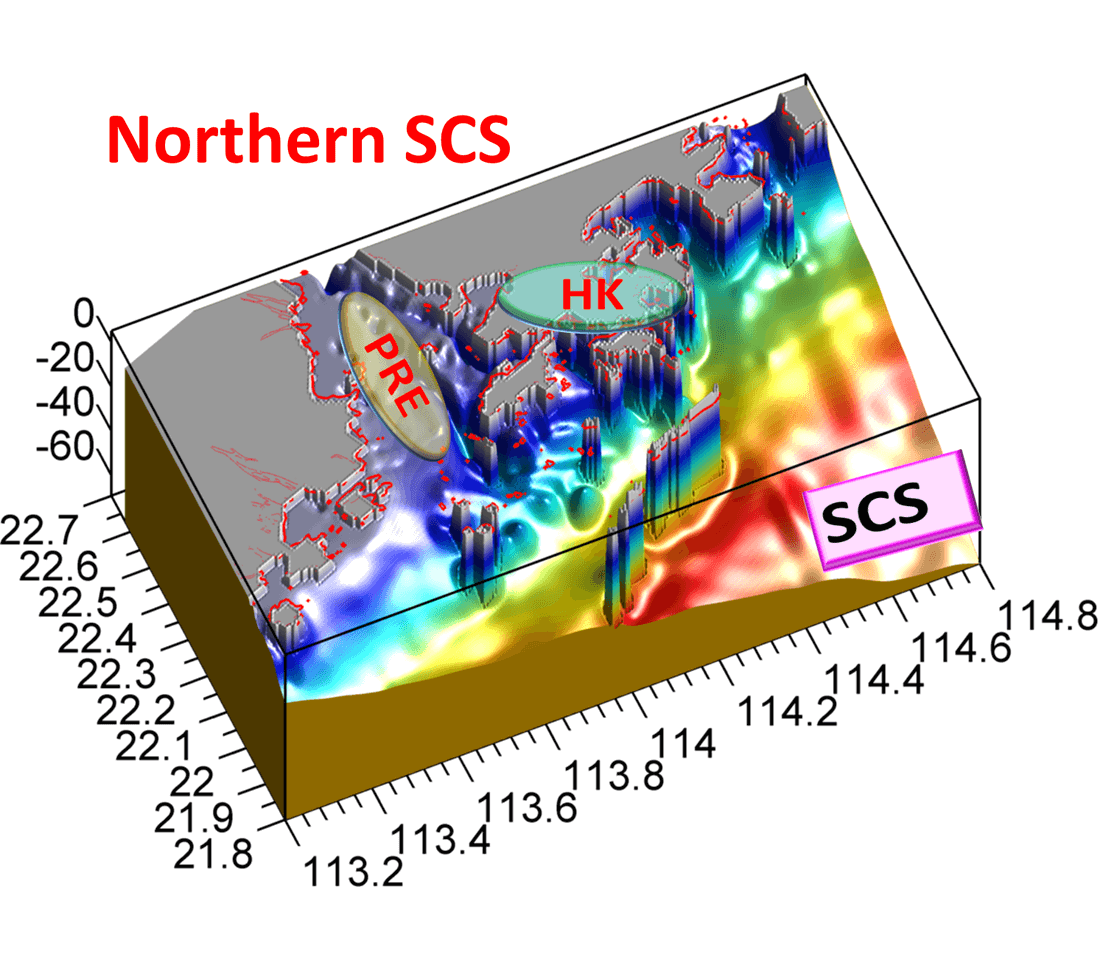 HK has a marine area of ~1651 km2, about 1.5 times its total land area. Key social and economic activities in HK mainly occur in the region along its 1200 km coastline. The marine-related economy is substantial, with fisheries alone worth an estimated ~HKD2.5 billion in 2012 (HK Agriculture, Fisheries and Conservation Department, AFCD). 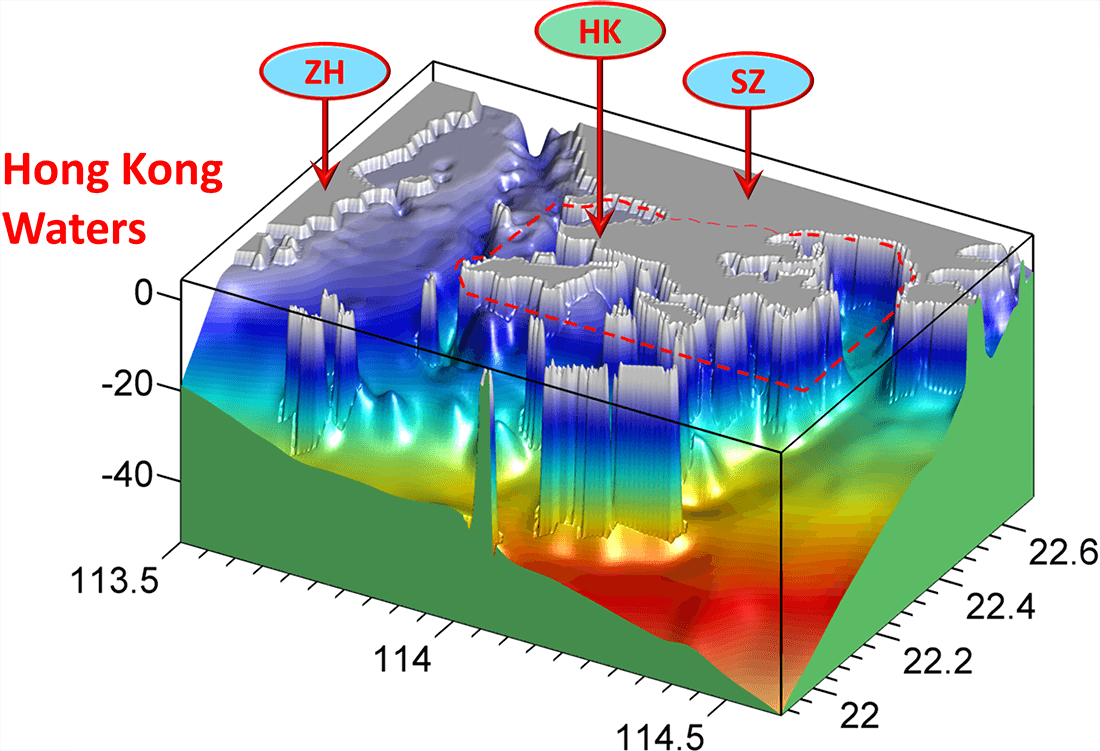 OceanEnvi in PRE and HK

To maintain and improve the quality of HK waters, the Harbour Area Treatment Scheme (HATS) was implemented in 2001. Tens of billions of dollars have been spent to collect and chemically treat the sewage before being discharged into the southwestern part of Victoria Harbour. Because of HATS, dissolved oxygen (DO) levels increased by ~10% and un-ionized ammonia (UIA) levels decreased by ~60% in 2001  to the west of Victoria Harbour (HATS Environmental Impact Assessment Executive Summary, HK Environmental Protection Department, EPD). Unfortunately, the trend in dissolved inorganic nitrogen (DIN) has persistently increased and bottom DO has decreased everywhere in HK waters, including Victoria Harbour .

The risk of eutrophication and hypoxia is rapidly increasing around HK despite the massive HATS sewage treatment project. Indeed, our recent field survey in July 2014 showed that bottom hypoxia (DO<2 mg/L) now covers an area of ~3000 km2 southwest of HK. Similar hypoxic conditions were also observed in 2011 and 2012 cruises. The time series of NO3 and bottom DO for the 25-year period between 1990-2014  indicate that eutrophication and hypoxia are becoming increasingly widespread and large scale and are severely degrading water qualities in HK. Furthermore, seasonal hypoxia has also been occurring frequently even in the eastern waters (Mirs Bay) during the past 10 years (Li et al., 2014). Before the 1990s only small-scale and short-lived hypoxia events were recorded (Yin et al., 2004), but, since then, these events have been increasing in intensity, frequency, and scale.

Hypoxia has been growing and has reached to an alarming level in HK. If the current trend continues, large-scale hypoxia will likely spread to the entire area southwest of HK in the coming years and, as well as to other HK waters. This may eventually offset the progress made by HATS and cause severe ecological and environmental damage as eutrophication and hypoxia rapidly expand towards Victoria Harbour. The HK Government believes that following the completion of HATS Stage 1 in 2001 and the completion of HATS Stage 2A in 2015, the water quality of Victoria Harbour and nearby areas will improve significantly. Implementation of another HATS (Stage 2B) may only marginally improve the level of DO and reduce the level of UIA in Victoria Harbour. The government is further anticipated that the level of NH4 might increase due to the nitrification process occurring in the Stage 2B biological treatment. These are largely speculations without solid scientific assessment and a debate is raging on whether Stage 2B should proceed in view of its cost (tens of billions of dollars) and uncertain benefits. This study will resolve this debate and provide tools and guidance for decision making.

Increasing eutrophication and ecosystem-disrupting hypoxia have been associated with enhanced nutrient loads from the Pearl River and local sewage effluent and with the underlying coupled physical and biogeochemical processes in the interactive RES ecosystem. While atmospheric deposition is less important, the relative contribution of the nutrient loads from the river and local sewage effluent to the eutrophication in the waters around HK is unclear. In addition, the relative contribution of eutrophication-induced autochthonous and terrestrially sourced allochthonous organic matter (OM) to coastal hypoxia is still debatable (Rabalais et al., 2014).

Oxygen consumption during the aerobic respiration of allochthonous organic matter and during ammonium oxidation has been found to induce serious hypoxia in the upper reaches of the PRE (Dai et al., 2006; 2008a,b). In contrast, autochthonous OM was the dominant oxygen consumer in the formation of hypoxia in the East China Sea off the Chanjiang Estuary (Wang, Dai et al., 2016).